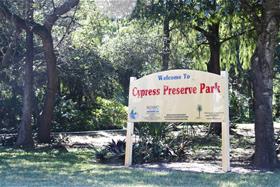 The City of Lauderdale Lakes was incorporated on June 22, 1961. The City comprises an area of approximately four square miles in Broward County, with its center at the crossroads of State Road 7/ U.S. 441 and Oakland Park Boulevard.

At the time of incorporation, there were approximately 300 residents in the area. The physical appearance of the City was vastly different than it is today. State Road 7, then a two-lane undivided road, was the main thorough fare through the City. The community was basically rural, with most of the land used for farming and grazing. In the early days, the City’s only fire truck was staffed by five volunteers, and the “fire station” was nothing more than a parking lot on State Road 7. The first City Hall was located in a construction trailer on a development site.

Through the 1960s and 1970s, the City grew into a vibrant community boasting a diverse population, economic vitality and beautiful neighborhoods surrounded by sparkling lakes. Since then, new construction, new residents and an expanding business base have created a thriving suburban environment ideal for living, working and playing. As countywide development has spread westward, Lauderdale Lakes has become not only conveniently central, but also highly desirable.

Since 1998, the City of Lauderdale Lakes has operated as a Mayor/City Commission/City Manager form of government.  Together, the Commission and City Administration has established a Strategic Plan and a Financial Plan with goals and objectives that are now being implemented to enhance the health, wealth and well-being of our great City.

Today, with a population of over 32,000, the original staff of two has grown to approximately 67 full-time and 25 part-time employees, augmented by a team of Broward Sheriff’s Office personnel for law enforcement and fire rescue services. In addition to the two original departments, the City has grown to serve the needs of our community with dedicated departments including the City Manager’s Office, City Clerk’s Office, Development Services, Financial Services, Human Resources and Risk Management, Mayor and Commission’s Office, Parks and Human Services and Public Works.  Also, the City’s Community Redevelopment Agency has served a catalyst to revitalize our residential and commercial districts.

Looking towards the future, the City is pursuing an aggressive program to create jobs, build our tax base, boost property values, stimulate small business development, attract new businesses, revitalize our commercial corridor, upgrade our infrastructure, maintain parks and beautify our neighborhoods. All while celebrating our unique cultural diversity, improving our quality of life and serving our residents with the highest standards of professionalism and excellence.