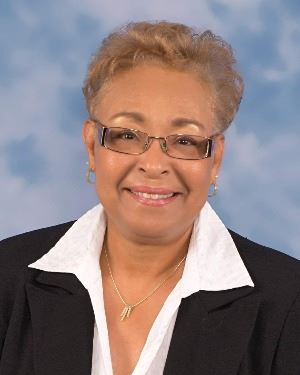 Commissioner Marilyn Davis and her family relocated to South Florida in 1982 from Chicago, IL, bringing with her, her skills in bookkeeping, accounting and customer service.

After working several years as an executive assistant at a small company, Commissioner Marilyn Davis and her husband opened ASA Computer Centers in 1991.

ASA Computer Centers sells and services computers and networks for business and personal use. ASA Computer Centers is one of South Florida’s oldest black owned technology based businesses, and established a free Computer Technician training program that has allowed minority technicians to intern and train in computer service and repair.

Commissioner Marilyn Davis is active in community and professional organizations. She currently serves as Secretary of Eastgate Homeowners Association, Treasurer of Harris Chapel United Methodist Church, and member of National Black Caucus of Local Elected Officials, National League of Cities, Women in Municipal Government, Florida League of Cities, and Broward League of Cities. She has served on the board of National Association of Negro Business and Professional Women’s Club, Chairperson on the City of Lauderdale Lakes Economic Development Advisory Board, Treasurer of the Lauderdale Lakes Chamber of Commerce, Secretary of Harris Chapel United Methodist Church Staff Pastor/Parish Relations Board, Lauderdale Lakes Woman’s Corporate Think Tank, and helped to establish a social club that collected and distributed toys to needy children at Christmas for over 13 years.

In 2016 after more than 25 years in business, and a customer base of 8,000, ASA Computer Centers closed its retail store and service center in Lauderdale Lakes, but continues to operate as a minority business in the IT sector.


Contact Commissioner Davis by email with questions or comments.